Sailing on board Windstar’s Star Pride

I recently sailed on Windstar’s Star Pride on a roundtrip cruise from San Juan.  I spent the night at the Sheraton Old San Juan which was across the street from the pier.  Most tours and places in San Juan were closed because it was Good Friday.  The ship is one of 3 all-suite ships that holds 212 passengers.  At the port of San Juan, there is no place to wait in the terminal, so we had to check-in right at embarkation time at 1:00p.m.  Check-out at the hotel was at 11:00a.m. but they let us stay until noon.  Embarkation was a simple process.  We were greeted on board the ship with a glass of champagne.  Although the ship does have accessible cabins, there was not a ramp for wheelchairs.  The cabins on the Star Pride are very spacious (277 sq. ft) with walk-in closets and double sinks in the bathrooms.  The ship didn’t appear to show its age.  Although the ship is small, I opted to go on one of the tours of the ship the first day.  The ship has an open bridge policy. View of the Star Pride from Sheraton Old San Juan

Windstar offered different drink packages for sale but let us bring on 2 bottles of wine per cabin.  All non-alcoholic beverages were included at no extra charge.

For breakfast, you could eat at the Veranda in your room or have a continental breakfast at the Yacht Club where you could order an espresso coffee or a latte.  For lunch, you could eat at the Veranda; have a hamburger on deck; eat in your cabin; or have a snack at the Yacht Club.  For dinner, there was open seating in the main dining room, AmphorA Restaurant.  You could order dinner from AmphorA in your room in the evening.  Sometimes there was dinner on deck which was usually a barbecue.  You were allowed to eat at least once in Candles which was the Veranda during the day.  I found the food and service to be very good in all venues. We had some technical challenges on board the ship associated with one of the main auxiliary engines that power the air conditioning as well as the the ship’s electrical system.  These challenges continued off and on over a 3 day period.  We always had food and the use of our bathroom facilities. During this time, the main dining room was unable to be used.  The captain and officer,s as well as the crew, maintained their professionalism, friendliness and great service during this period.  Shipboard credits were extended to everyone and our gratuities were refunded to us.  Complimentary cocktails were provided a couple of evenings in the Star Bar on deck as well as in all lounges the last day. We went to 4 ports all via tender:  Martinique, Pigeon Island St. Lucia, Castries St. Lucia (instead of Guadeloupe), Montserrat, and St. Barth’s.  In Martinique, we just went to the beach near the tender pier since it was the day after Easter and most places were closed.  In St. Lucia, there was a ship beach party but I was able to take a tour of Sandals St. Lucia which was the beach next to the beach party.  I opted to stay on the ship while in Castries but tours were offered such as the tram in the rainforest.  In Montserrat, I took the tour of the Buried City which was the result of the 1995 volcano eruption when most of the citizens left the island.  We were only in St. Barth’s for a half day, where I took the submarine excursion.  When you left for the tours, bottled water and beach towels were available to take with you.  When you came back onboard from the excursions, cold washcloths were available. Windstar has various itineraries all over the world. I would recommend Windstar based on their itineraries for people who want a small ship experience and don’t expect a lot of entertainment or a large casino.  Contact me if you have any questions regarding your next Windstar cruise. 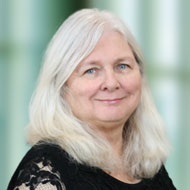 This entry was posted on Monday, June 4th, 2018 at 6:30 pm and is filed under All Inclusive, Beach Resort, Caribbean, Cruise, Cruise Line, Destination, Luxury, St. Lucia, Travel Agent, Travel Type. You can follow any responses to this entry through the RSS 2.0 feed.