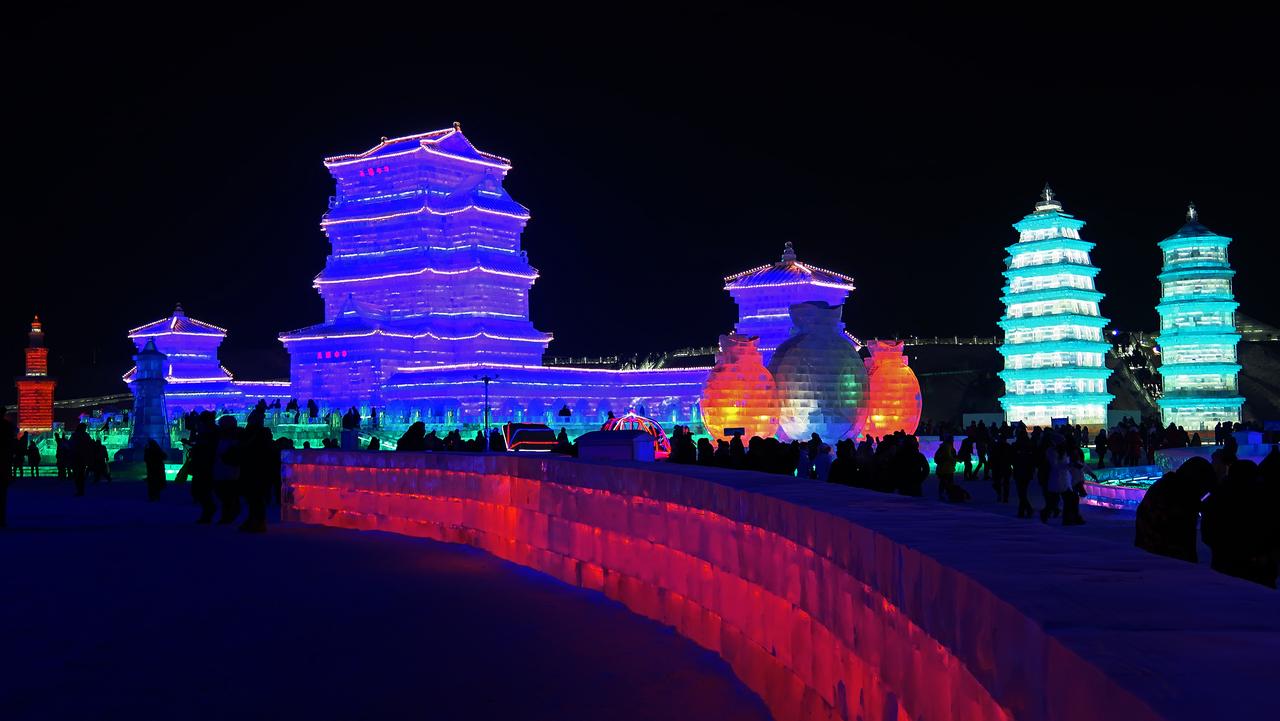 For two weeks every year, the city of Harbin in China’s Heilongjiang province is put on ice. The annual Harbin International Ice and Snow Festival, which takes place from December to February (exact dates change year by year) is the largest of its kind in the world — with attendance numbers to match. But just how big is it? Find out below, in our by-the-numbers guide to this cooler-than-cool annual party.

33: Number of Harbin Ice Festivals that have taken place. The festival was halted for a number of years during China’s Cultural Revolution, and resumed in 1985.

180,000: Volume, in cubic metres, of ice used to construct the frozen wonderland

46: Rough height, in metres, of the tallest ice sculpture at the festival

10 to 15 million: Number of visitors to the festival each year

-13: Average daytime temperature, in degrees Celsius, of Harbin. (Nighttime lows can dip into the -30s.)

11: Number of couples who participated in a group wedding at the festival in 2015. A group wedding ceremony takes place annually.

This entry was posted on Wednesday, September 27th, 2017 at 6:04 pm and is filed under Adventure, Attraction, Destination, Tour, Travel Agent, Travel Type. You can follow any responses to this entry through the RSS 2.0 feed.