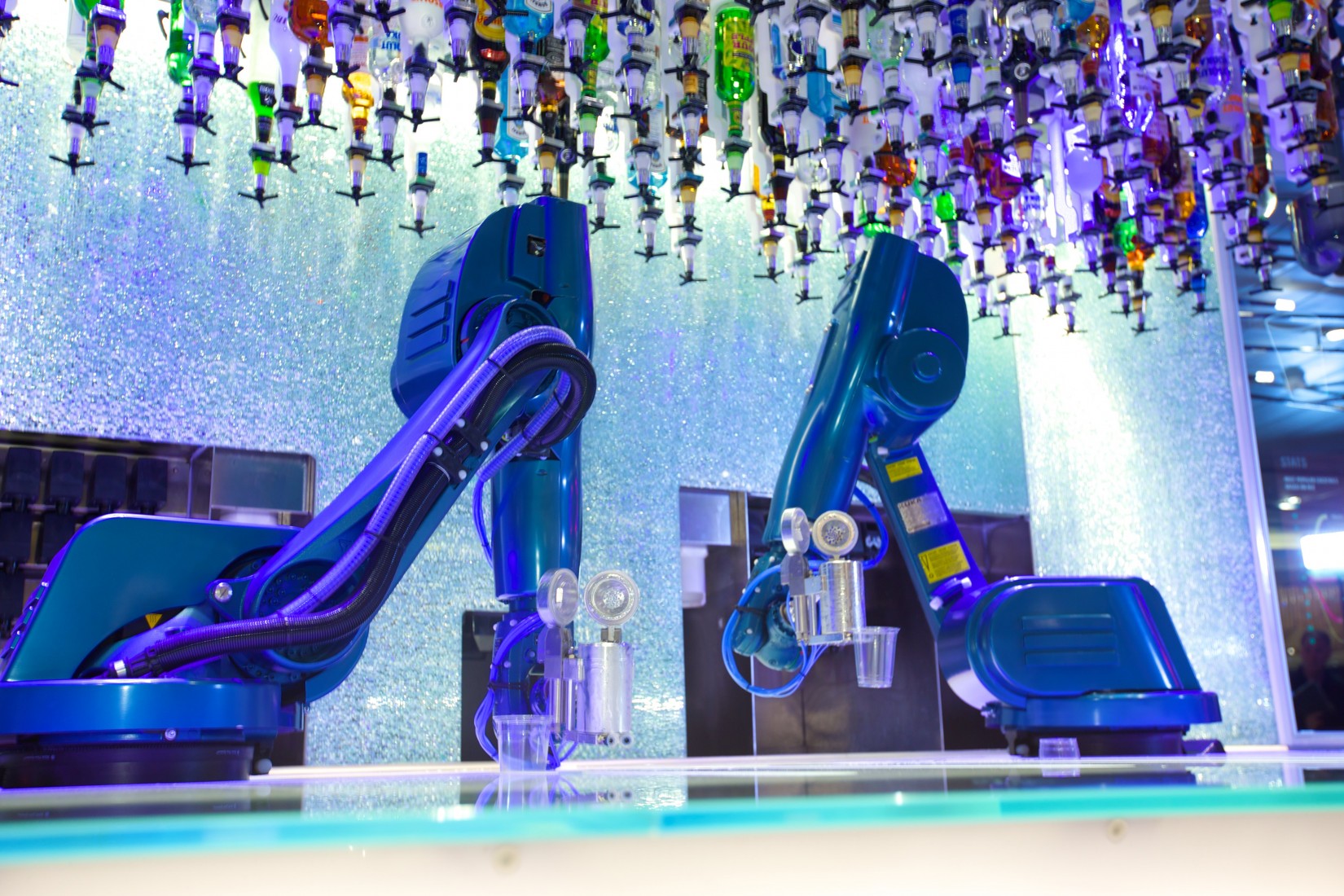 Ever pioneering, Royal Caribbean has made itself stand out in the travel industry with its continual innovation: the mind-bending Ultimate Abyss, the world’s tallest slide at sea; onboard sky-diving and surf simulators; and by employing the world’s first robotic bartenders. 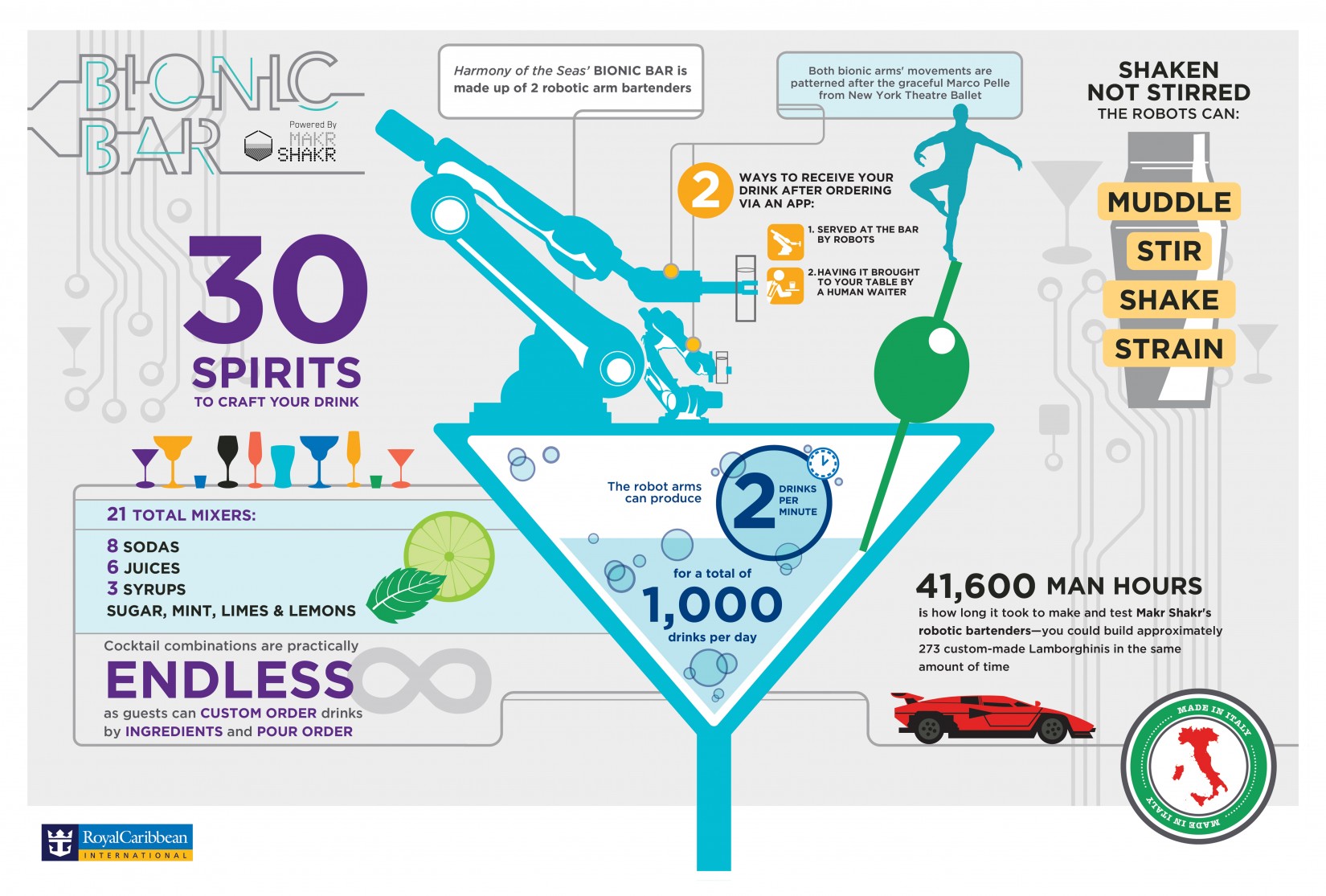 The robot bartenders can produce two drinks per minute and can make up to 1,000 each day. Guests create an order—whether a custom request or standard menu item—on a specially programmed tablet or with staff. They can keep track of their order on the digital screen next to the bar, and once it’s ready, the bartenders will release their drink with a simple tap of their SeaPass card or WOWband.

Created by Makr Shakr, an Italian robotics company based in Turin, the technology is so complex the bartenders can’t be deployed just anywhere. The system has three components: the robots, the core of the show that everyone can see; the application that drives them; and the aesthetics.

Beyond designing machines that could mix drinks with precision, Makr Shakr wanted grace and harmony to play a central role in how they moved. The company collaborated with famous dancer Marco Pelle, a principal dancer at the New York Theater Ballet, by mapping his movements with a computer, then simulating them so that the robots make human-like movements.

“There’s always a very particular dynamic in which people interact with the system,” says Alessandro Incisa, project manager for Makr Shakr. “And you always have this kind of magical experience when the guest arrives and says, ‘Oh, look at that, there’s a robot on the counter—and it makes drinks!’”

Want to know more facts about this first-at-sea experience? Check out this exclusive video (note: for best viewing, watch in Google Chrome or in the YouTube app on your smartphone).

This entry was posted on Monday, September 26th, 2016 at 6:06 pm and is filed under Caribbean, Cruise Line, Destination, Europe, Royal Caribbean. You can follow any responses to this entry through the RSS 2.0 feed.