Alcron Hotel Prague
Prague , Czech Republic
Built in 1932, the Alcron Hotel has always been at the center of the city’s cultural scene. The luxurious Art Deco property is home to The Alcron, Michelin-starred restaurant 2012 – 2017, the BeBop Bar, a world-class bar serving unique…
Request a Quote View Details
The following amenities are subject to availability at the time of check-in/departure:

Built in 1932, the Alcron Hotel has always been at the center of the city’s cultural scene. The luxurious Art Deco property is home to The Alcron, Michelin-starred restaurant 2012 – 2017, the BeBop Bar, a world-class bar serving unique and entertaining cocktails as well as rare spirits and La Rotonde restaurant, combination of the best of the local Czech and European cuisine together with one of the best wine lists in Prague.

The Alcron Hotel is close to the Old Town Square, Charles Bridge, Wenceslas Square, and Prague Castle. After its opening, this 5-Star luxury Hotel in Prague became the preferred destination of statesmen, politicians, and artists.

Our guests appreciate the world-class hospitality and unparalleled service our team delivers at any point of contact. We offer the friendliest and most personable service around.

Contemporary Art Deco furnishings and layouts retain the grace and elegance of a bygone era, yet offer very modern convenience. The hotel evokes a different time, captivating you with marble floors, soaring ceilings, and antique lighting. Guests can enjoy the high-speed WiFi internet and Nespresso coffee and Ronnenfeld tea-making facilities, and free access to the fitness center and sauna. The hotel is non-smoking.

The Alcron Hotel proudly offers an exclusive choice of luxury accommodation in Prague.

One king bed or two twin beds, one crib

The Alcron is one of the finest dining destinations in Prague. The restaurant’s sophisticated setting will whisk you away on what’s sure to be a memorable dining experience. The walls showcase images of dancing couples by Tamara de Lempicka, while a 1930s fireplace provides warmth and a romantic glow. But the real artfulness is in the meal from one of the most talented chefs in the Czech Republic, Jakub Cerny. With Roman Paulus, the two chefs compose meals with fresh ingredients and modern culinary techniques.

The Alcron promises an unforgettable gastronomical experience. Sometimes, of course, the opinions of others can speak for us. Our restaurant has been awarded the Michelin Star annually from 2012 – 2017.

The elegant BeBop Bar in the art deco style is a popular place for meetings with captivating atmosphere. Experience BeBop Bar’s line of signature cocktails called the “BE concept.” These mesmerizing drinks are imaginatively designed to be as visually dazzling as they are delicious.

The stylish Art Deco furnishings create a vibrant yet relaxing environment, perfect for unwinding after a full day. Our qualified staff is here for you, working to fulfill all your wishes. Do not hesitate to contact us in case of any special requirements.

Classes begin at the Be Bop Bar with a welcome drink before guests head to the kitchen to begin cooking. During the lesson, participants dine on their own creations.

Executive Chef - Roman Paulus
Roman Paulus, the Executive Chef of the Alcron Hotel, came to the Alcron from the Hilton Hotel in Prague, where he was the Sous Chef for the CzecHouse Grill & Rotisserie. Paulus, who started his career in Austria in the early 1990s, has an impressive set of credentials. After his start in Austria, he took a position in London's Hotel Savoy in 1999. Like his predecessor Jirí Štift, Paulus sailed and worked his way across the world on the liner, Queen Elisabeth II. Following this important learning experience, he returned to Austria where he began his career with the Hilton hotels. Paulus has been working for the Hilton Hotel in Prague since 2002.

When Paulus accepted the Executive Chef position at the Alcron Hotel, he said that: "It was my dream and an excellent career opportunity to become an Executive Chef of a hotel. The Alcron has a great reputation and long tradition; therefore it was, for me personally, very exciting to accept this position. Working for the Alcron Hotel will be different with respect to the size of the hotel, but I look forward to the new challenges and experiences awaiting me. I also look forward to bringing my gastronomic expertise to the Alcron."

Paulus is a firm believer in continuing to improve upon his skills and stay on top of the changes in the culinary arts. To this end, he has attended several professional training activities, including The Emirates Academy of Hospitality Management in Dubai, which is an off-shoot of the famous Swiss Hotel School – Ecole Hôteliere de Lausanne. He has also cooked in some Michelin-rated restaurants (La Pergola, Rome and Maison du Boeuf, Brussels). In 2004, he was chosen as the Manager of the Year by the The Czech Association of hotels and restaurants. Paulus speaks fluent German and English.

Head Chef - Jakub Cerny
Jakub Černý is undoubtedly a discovery of recent times. A young man who left the renowned Alcron years ago and after working in restaurants abroad, he came back. He knew where his home was. In the beginning, his mentors were Zdeněk Pohlreich and Roman Paulus; they showed him how the culinary world works. He gained his experience in various culinary phases throughout his life, such as at Tim Raue in Berlin and The Jane in Antwerp. After his return, his skills matured and his manuscript is more than obvious. He works as Head Chef at the renowned Alcron restaurant which he looks up to and believes in.

With an extensive menu offering breakfast, lunch and dinner, along with party snacks, room service can please nearly every taste. Order in breakfast, feast upon a gourmet dinner or satisfy a late-night craving with a midnight snack. Serving food 24 hours a day, Room Service is just a phone call away.

La Rotonde, an elegant restaurant in the Art Deco style offers an excellent selection of meals from the international and local traditional cuisine.

Our talented chefs, under the supervision of Roman Paulus, will create a culinary miracle from your dinner, which you will never forget. In the summer, it is possible to have an informal dinner on a quiet outside terrace. For years, Saturdays and Sundays have been dedicated to the popular brunch.

You can look forward to everything from starters such as Beef and Salmon Carpaccio or Black Forest Ham, through Roast Duck with Cabbage with a selection of dumplings or seafood and selected fishes, up to desserts of Chocolate Mousse or Crème Brûlée. Brunch includes several stations where the dishes are made directly before you. A feast for the eyes!

Start your weekend right with the best brunch in Prague!

24 Hour In Room Dining. Experience the luxury of room service at the Alcron Hotel Prague and enjoy gourmet dining in the comfort of your hotel room.

Wishing to get to the hotel by taxi? Please do not hesitate to contact our concierge at alcron.concierge@alcronhotel.com and they will arrange the pick-up for you.

Linda Rigg | Travel Consultant
Direct Line: 760.479.4325
Email: linda.rigg@frosch.com
Agent Specialties Testimonials Request a Quote
Information and pricing is subject to change without notice. While we do our very best to ensure that information and pricing appearing in this website is complete and accurate, we cannot be responsible for incomplete and inaccurate representations, which may or may not be under our control. In the event of a pricing error, misrepresentation or omission, we reserve the right to adjust the pricing or make any other corrections. 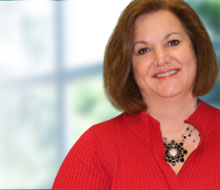